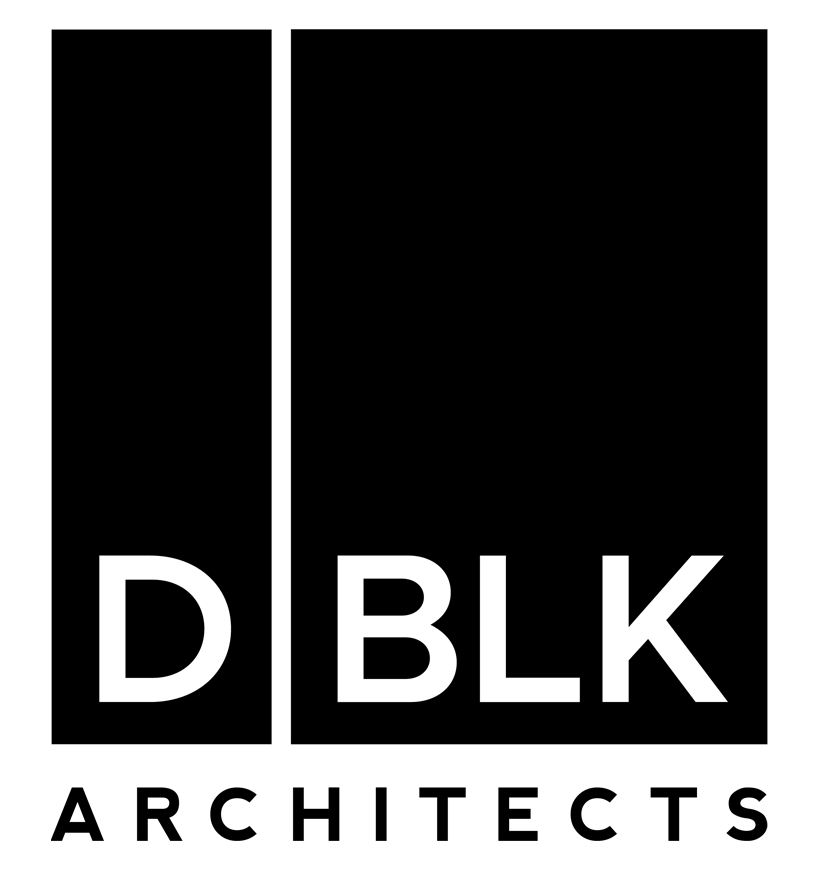 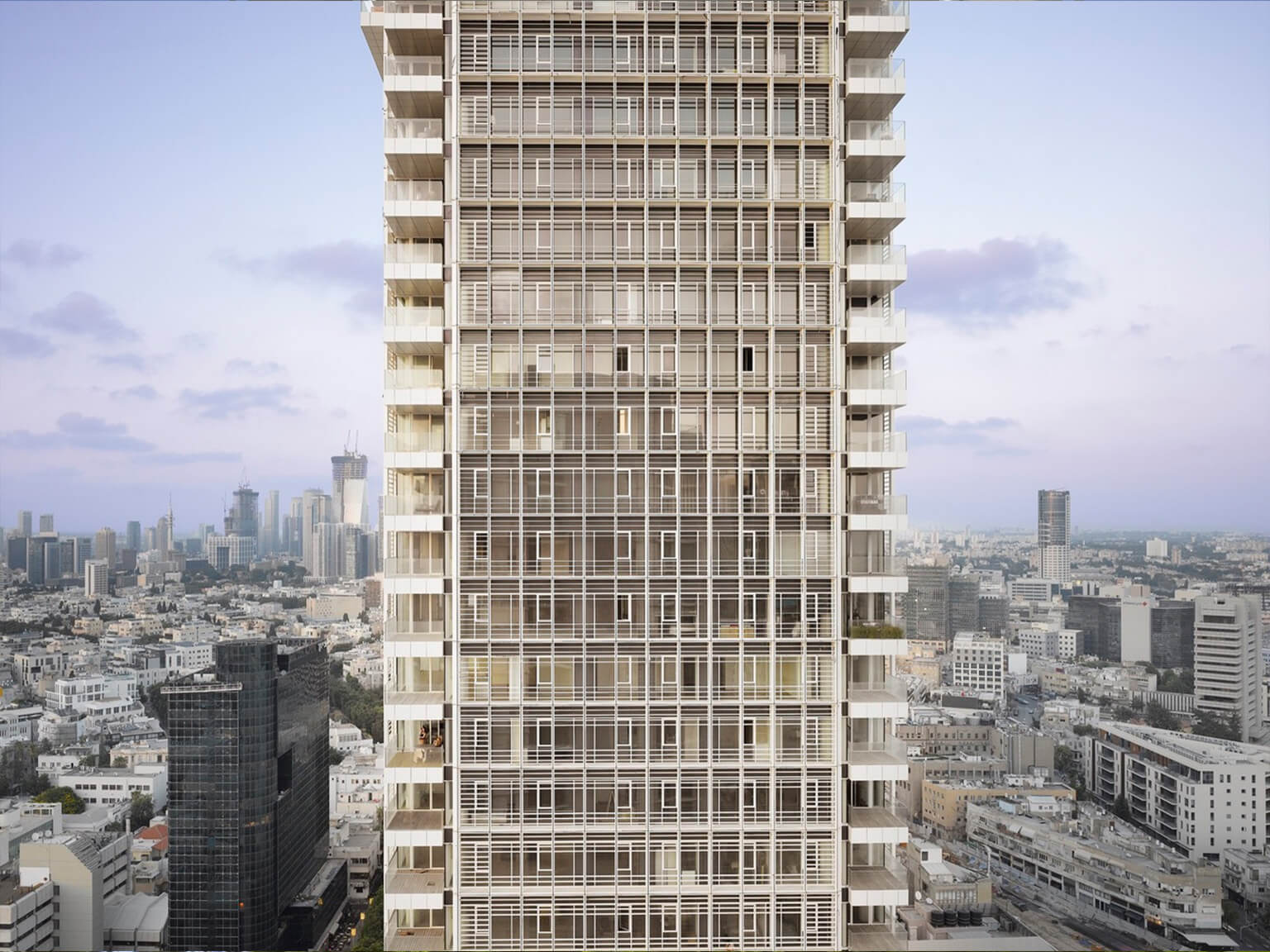 The design inspired by Bauhaus principles, with awareness on the building’s relationship with the existing fabric and massing on Rothschild Boulevard, the concrete has a modular rectilinear emphasis, with a glazed façade layered with an aluminium gridded louvered screen. Described as a ‘veil’, the screen provides a graceful layer of protection to the apartments, a concept that was inspired by traditional Middle Eastern clothing. The fundamental considerations that shape the tower design were the quality of light in the plan, views to the city and sea, and efficient assembly of “served” and “service” spaces around the core. ‘It is my hope that inviting the timeless quality of this city’s light and views into an open layout for the residences, a design we haven’t seen much here, will bring together the existing elements with a fresh perspective,’ says Meier. 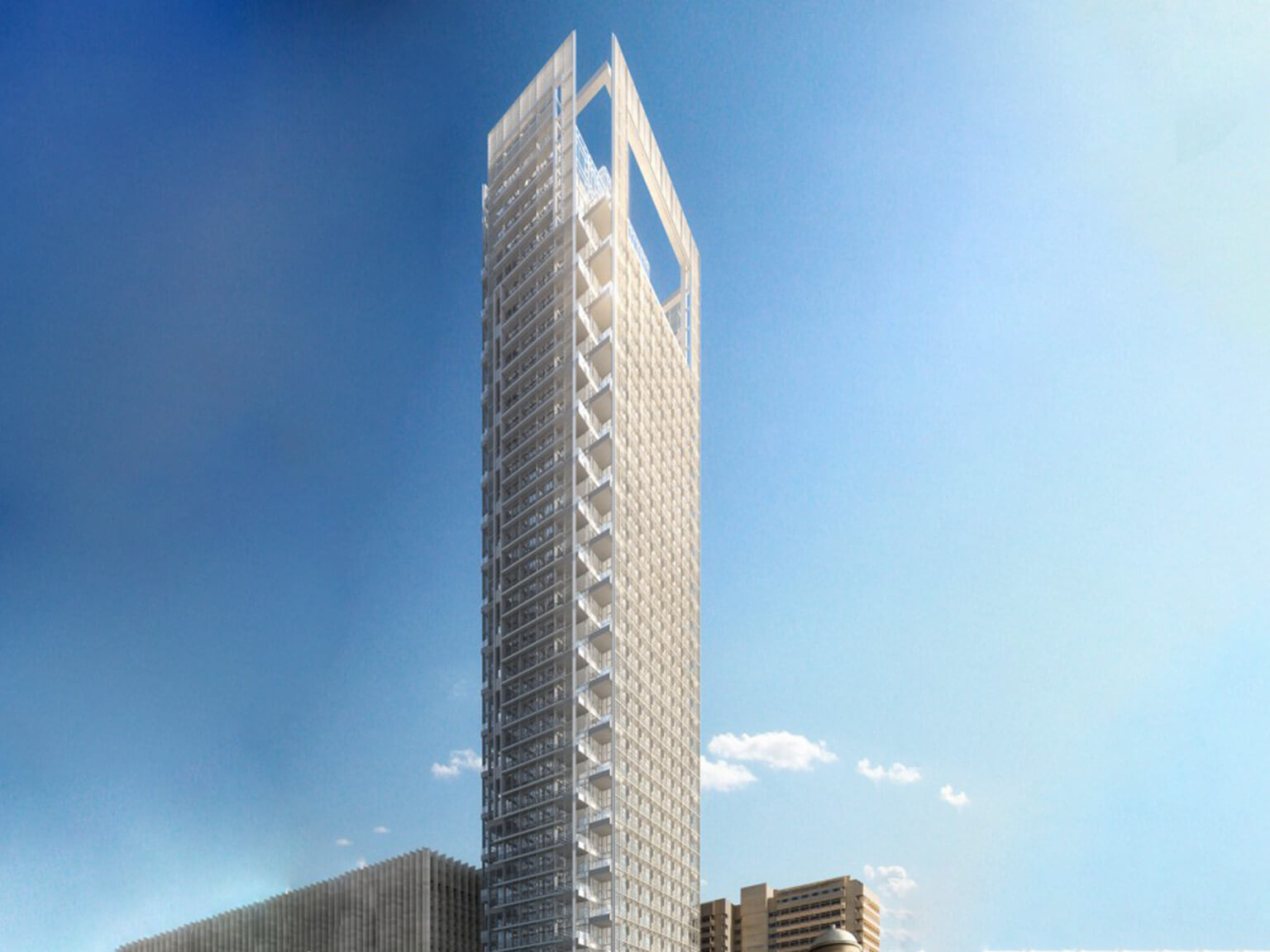 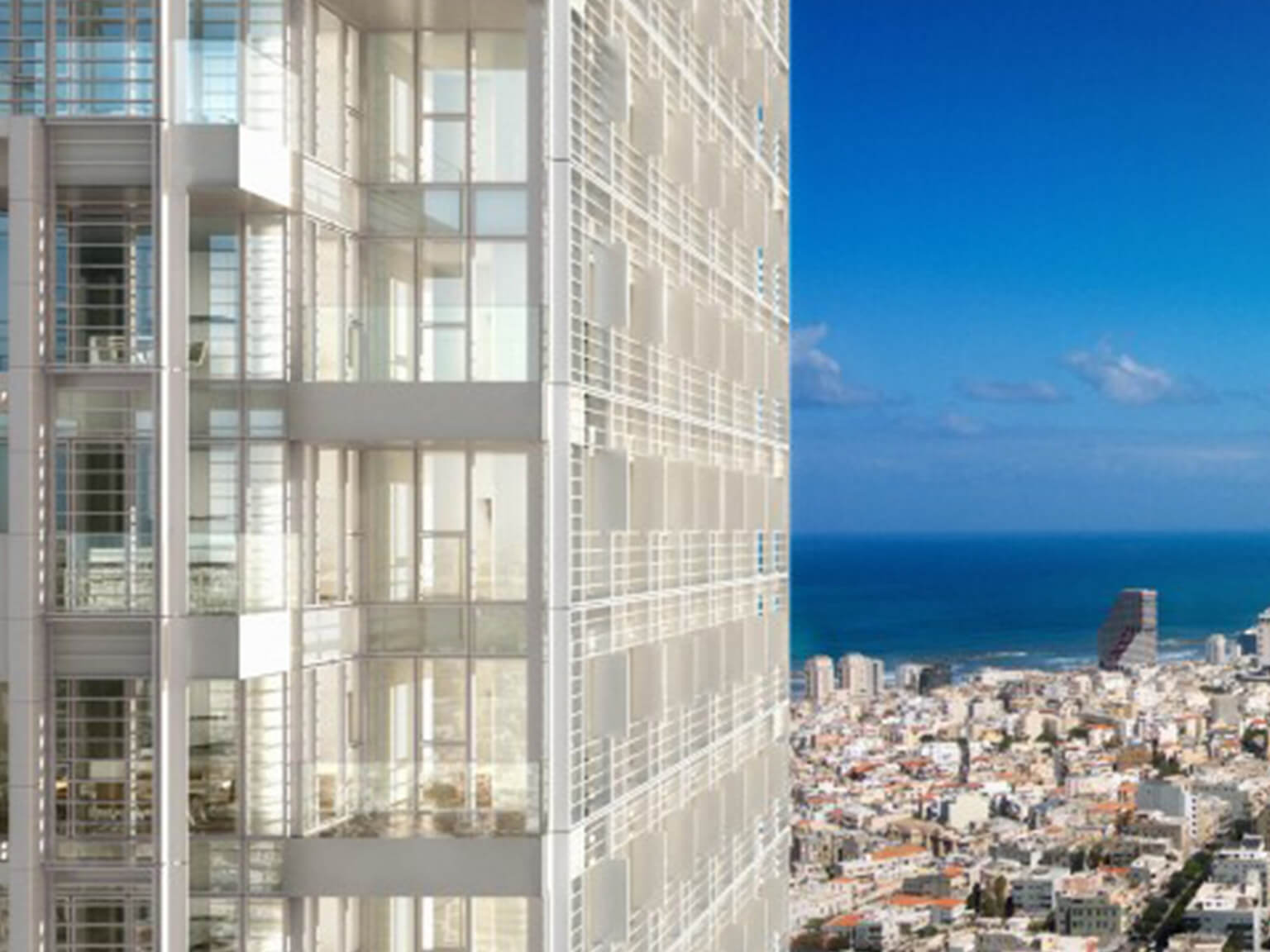 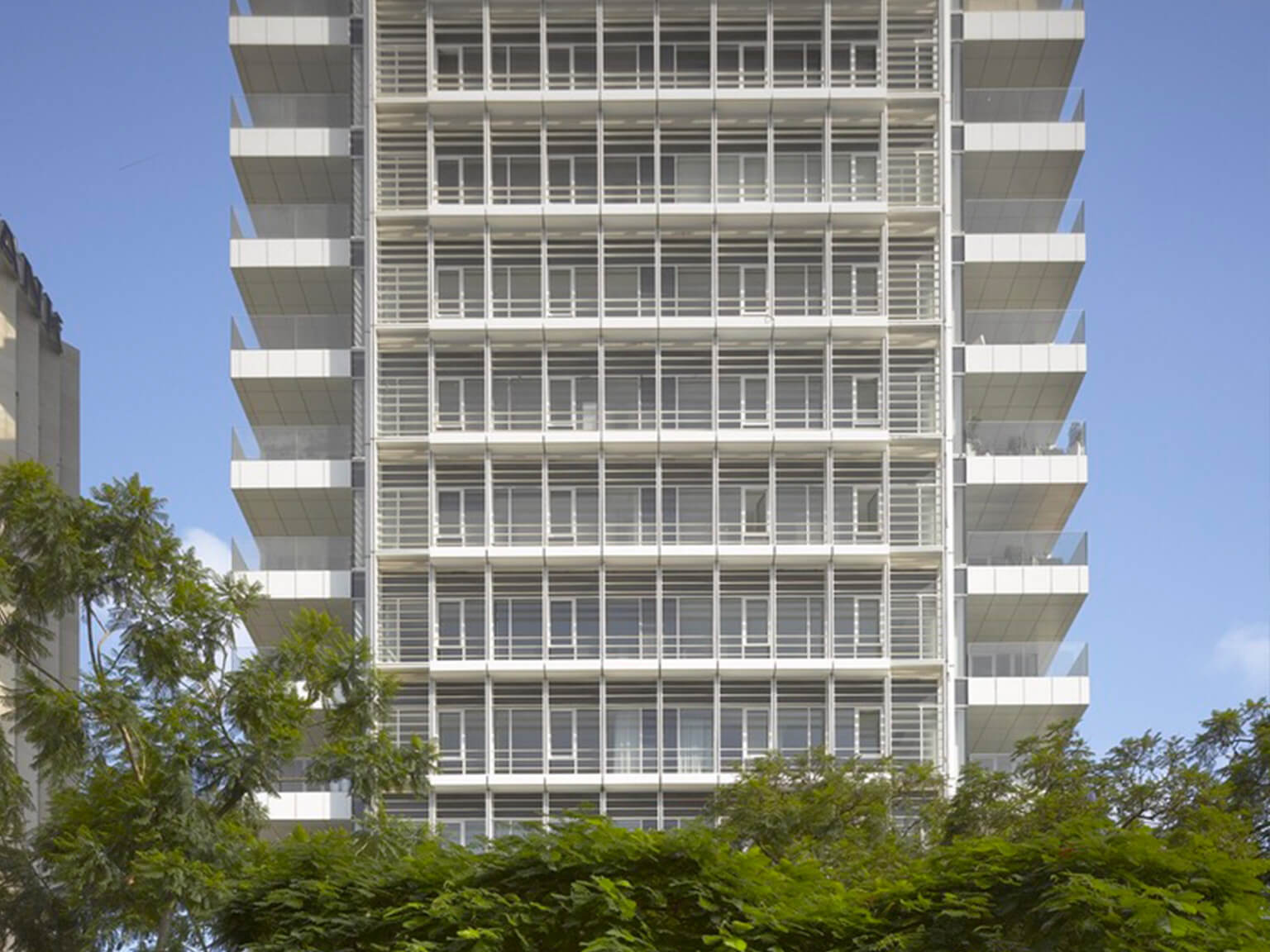 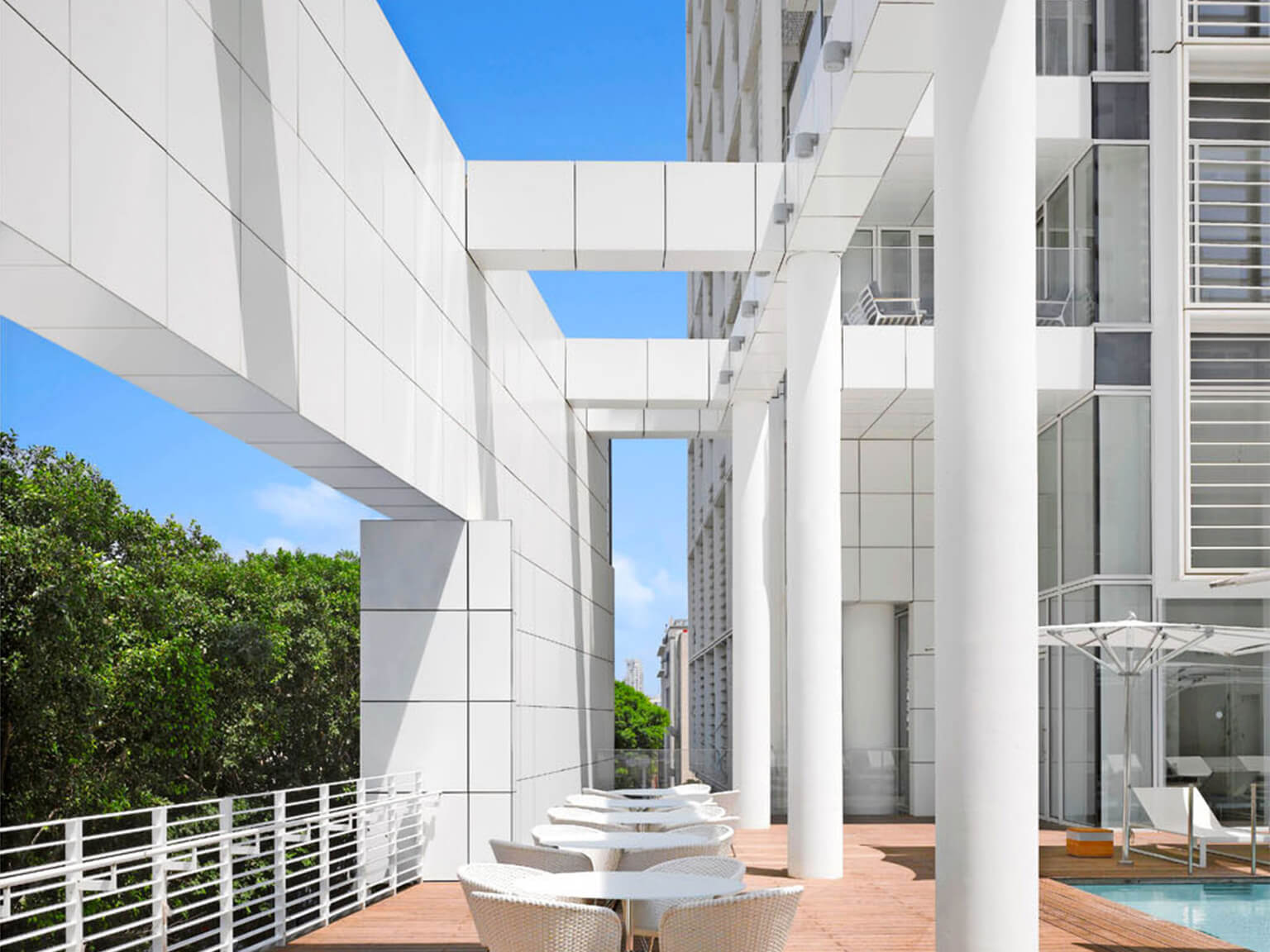 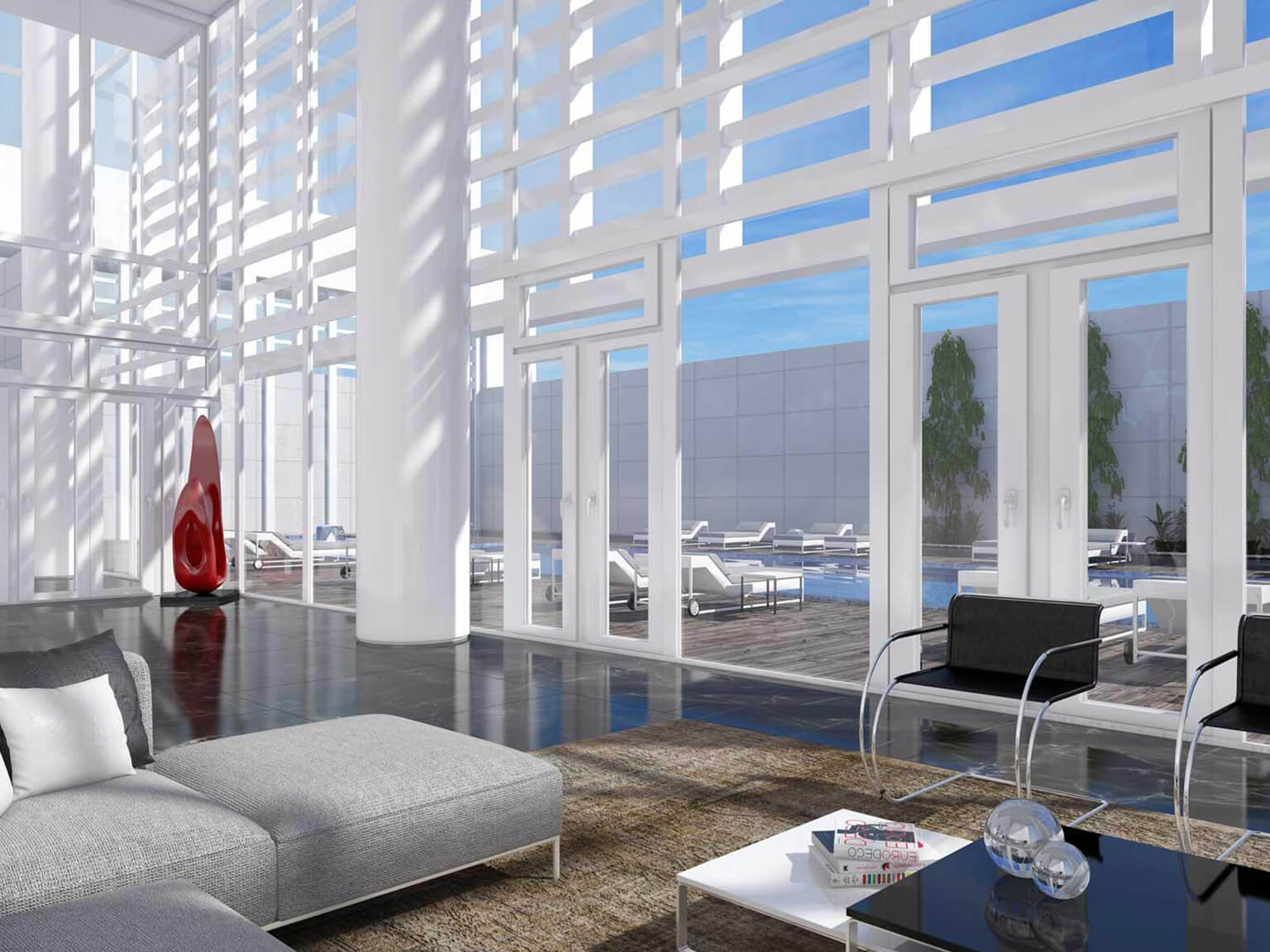 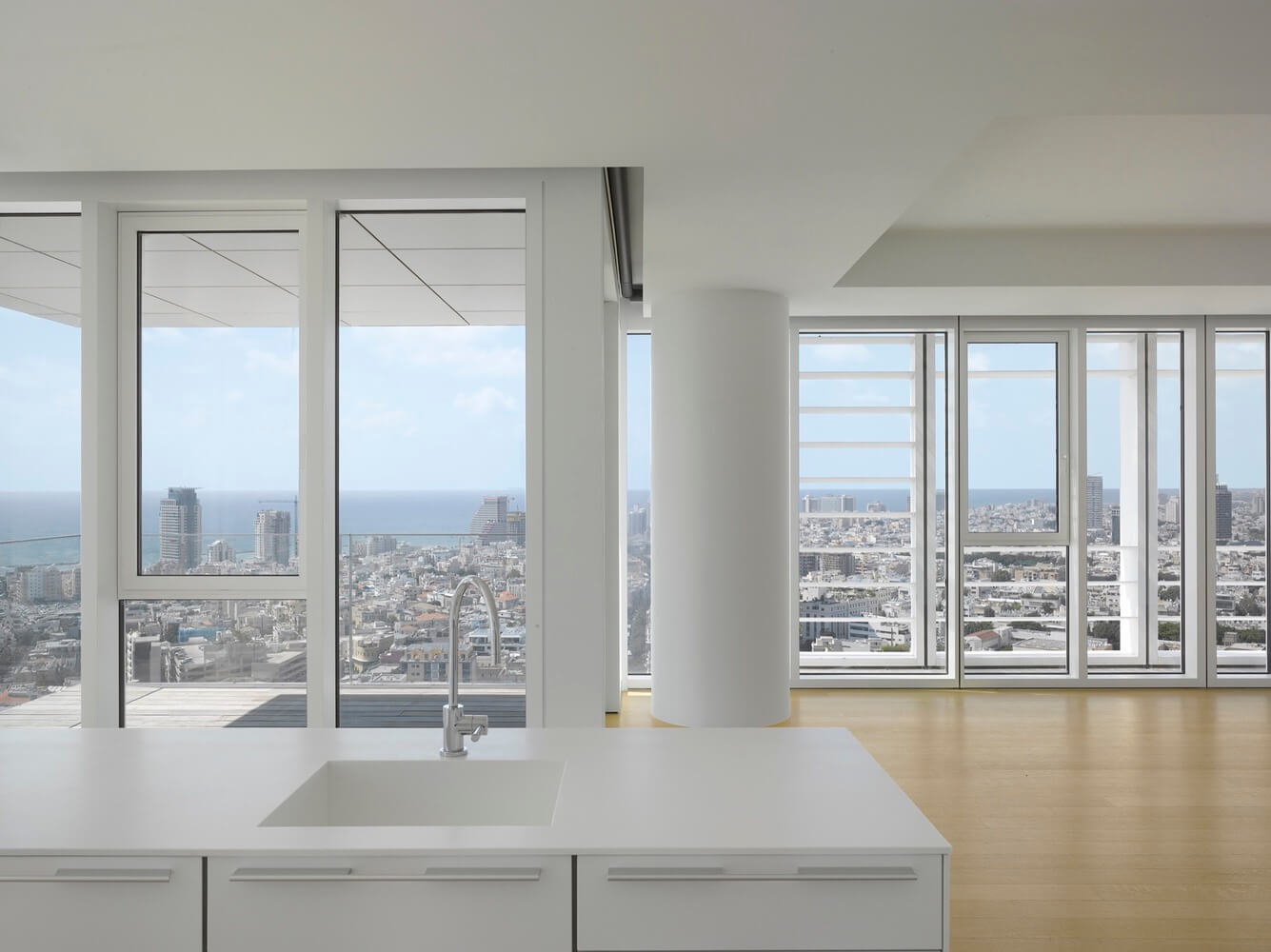